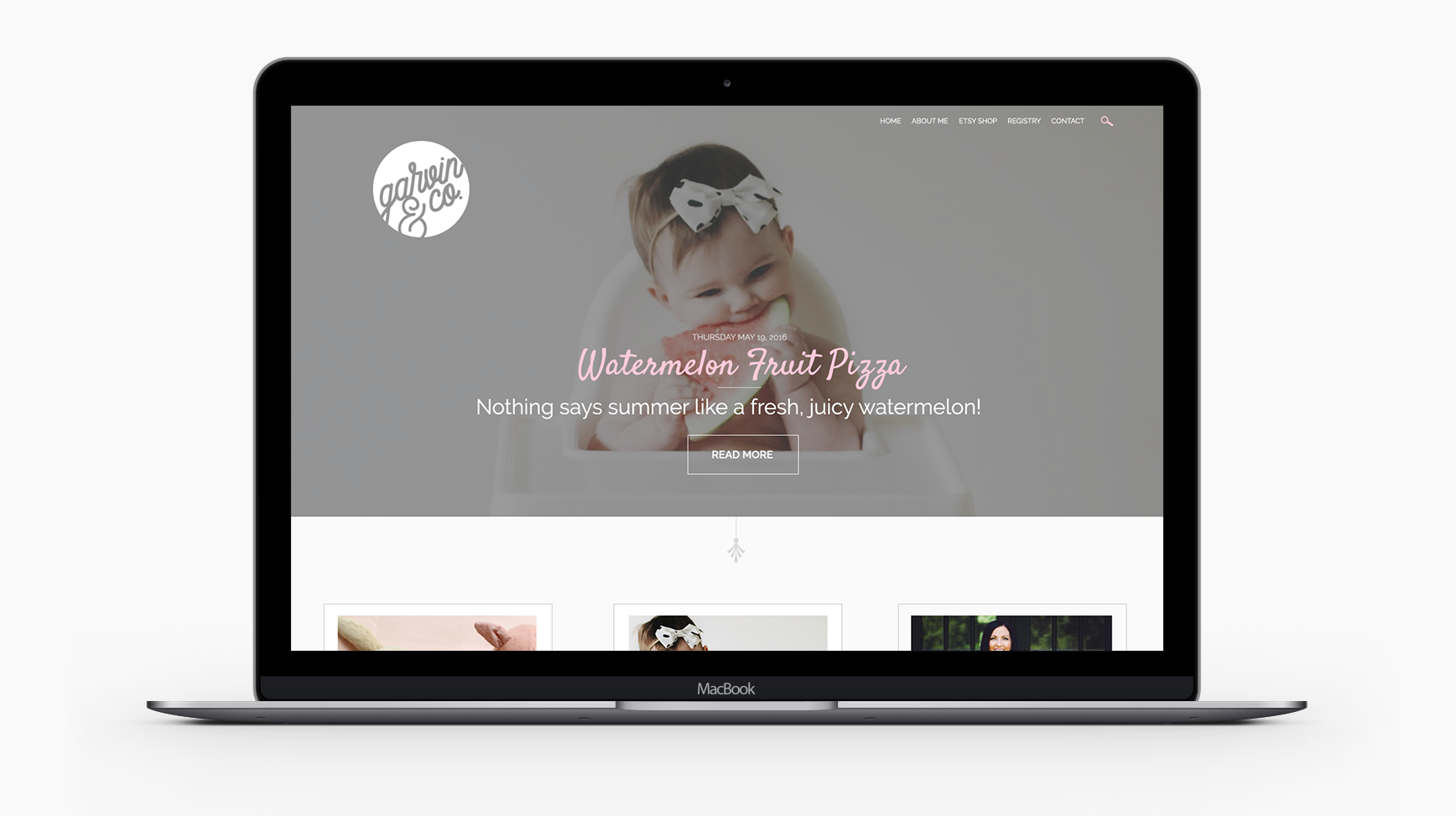 This was such a fun project! I was approached by a friend who said his wife needed a blog site redesign. At the time, her site lived on Blogger.com which meant she was limited from how much custom design work she could do. Her monthly visitors averaged around 100k, which meant that it was crucial we make the transition as seamless as possible. She also knew with her growing traffic, she would have to move from the free platform to a hosted solution.

Create a new design, and build on new host platform with minimal impact to her existing visitor traffic.

With her existing site on Blogger, we first knew we would need a domain name and hosting. After reviewing some options, I set her up with an account on Dreamhost.

We decided on WordPress based on her budget and the needs of the blog. I installed it on the new host and setup a “Coming soon” page with a date to let visitors know when to check back.

We then discussed who her users were. I did market research surrounding her target group. Her content was directed at women, primarily, with a focus on young moms who may be interested in parenting tips, style, baking and craft recommendations.

Because she already had a great deal of content and a solid audience, I wanted to focus on the style as well as ensuring that the important elements were easily discoverable: blog posts, her contact info, ad space.

I began with some simple outlines surrounding the most important items and then started on mockup work. We collaborated on various designs and make tweaks along the way.

After deciding on a design, I started with a base WordPress theme and began some custom styling work. I also needed to pull over her data from Blogger. The export for the data alone was a 1G file. I was also receiving an error when trying to import the data that the file type wasn’t accepted. A developer friend of mine created a tool that would convert it to a WordPress-friendly format, but because of the size of the file, couldn’t get it to upload even after extending the allowable upload size both within WordPress and on the host. The solution, eventually, was to setup a local server, import the file to the converter there, and then export it it locally in the WordPress format. This allowed me to upload the file to her new host, preserving her data. There were some tweaks to be made regarding image format, but it worked well.

Eventually, Jessica fell in love with a particular WordPress theme and we decided to go with that over one of the custom designs. There was still a bit of custom CSS to do but for the most part, it worked out beautifully.